I hope this letter finds you well.  As your neighbor, we would like to keep you apprised as to the construction that has begun on Pine Street and Clinton Avenue.

The Mary Wade Home, Inc. has been approved to build an 84-unit Assisted Living building.  The new construction will be located on Clinton Avenue, between Grafton and Pine Streets.  The new address will be 138 Clinton Avenue.  We are estimating it will be… 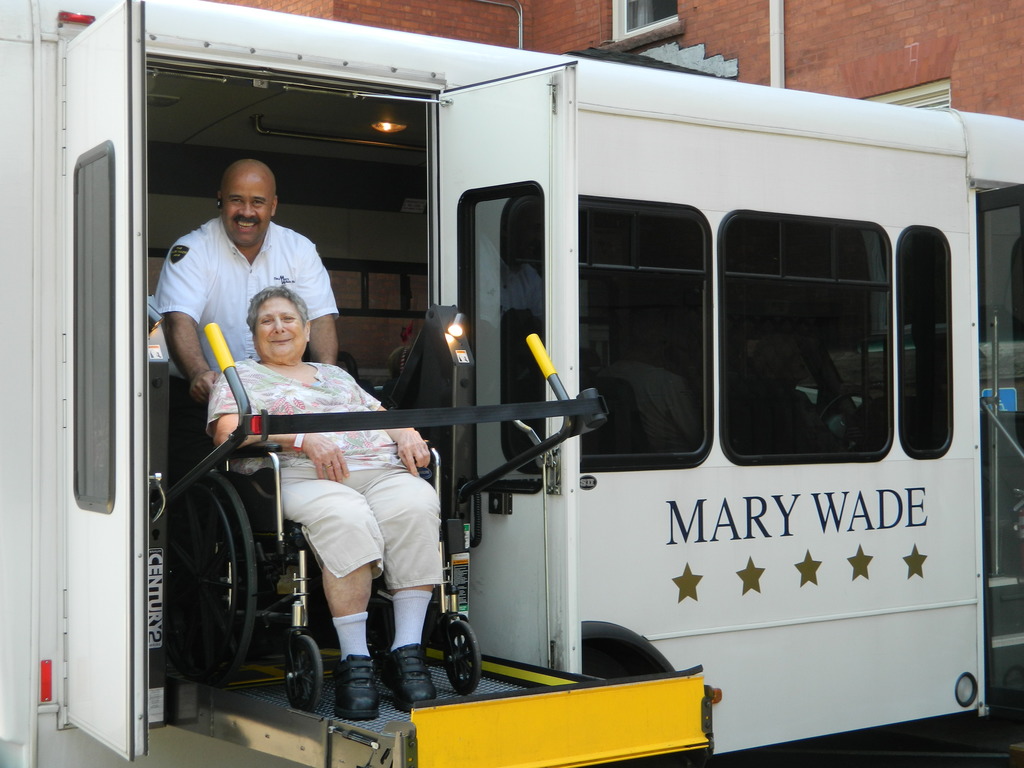 Mary Wade is seeking a driver for its transportation program to bring seniors to and from physician offices.  Applicants must have senior transportation experience and a Public Passenger Endorsement.   Contact Lisa Gangemi at 203.562.7222 or lgangemi@marywade.org.…

Mary Wade is being visited by a high choir from the Plymouth Church of Desmoines, Iowa tomorrow, Tuesday, June 13th at 10:30 AM.  This is part of the choirs annual trip through the United States.  The Matens Choir will be performing in the Gardens of Mary Wade beginning at 10:30 AM.  All are welcome to join us, bring chairs or a blanket.  Enter Mary Wade at the Pine Street entrance.

Mary Wade has been planning new construction on the block across the street on Pine Street, opposite our main building.  This new building will be used to replace our existing 50-unit assisted living entity, which currently is in the older building on Clinton Avenue.  It will also have a memory care unit for 20 individuals and an assisted living section to accommodate 20…

A sustained charitable impulse was present in New Haven during the late eighteen hundreds, and there were a number of philanthropic institutions already in operation.  Among the many emergent organizations serving the “virtuous poor”, there continued to be a challenge to attend the needs of “vagrant young females”.

That concern started toward reality when Mrs. Eli Whitney invited ten ladies to her home at the corner of Elm and Orange Streets on September 8, 1866 to plan a refuge for…

New Mary Wade Home employee seeks 1 bedroom apt. must allow for one friendly dog…  If you have an apartment to rent or if you know of an apartment please write to ChathamSquareNeighborhood@gmail.com 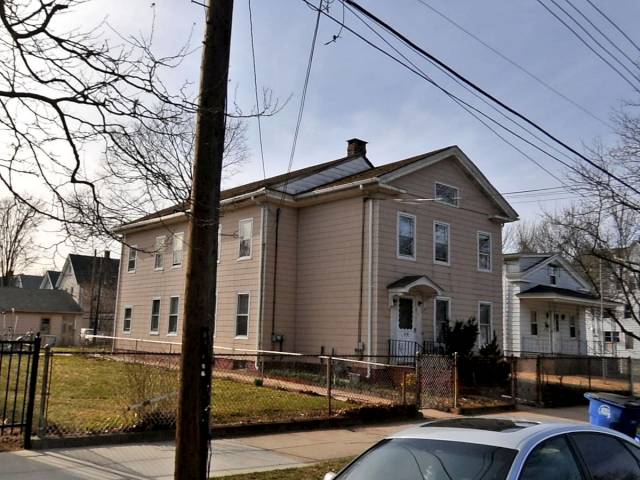 This week, Mary Wade acquired the property at 146 Clinton Avenue.  We are evaluating the best use for this property in relationship to the project that the City of New Haven Board of Zoning Appeals approved a few years ago for us to build a new structure that would house seniors.  The new acquisition may allow for more flexibility in where the new structure is located, and/or…

Dear Friends of Mary Wade, The Great Give Race is on -- Please consider a donation on line - see below: 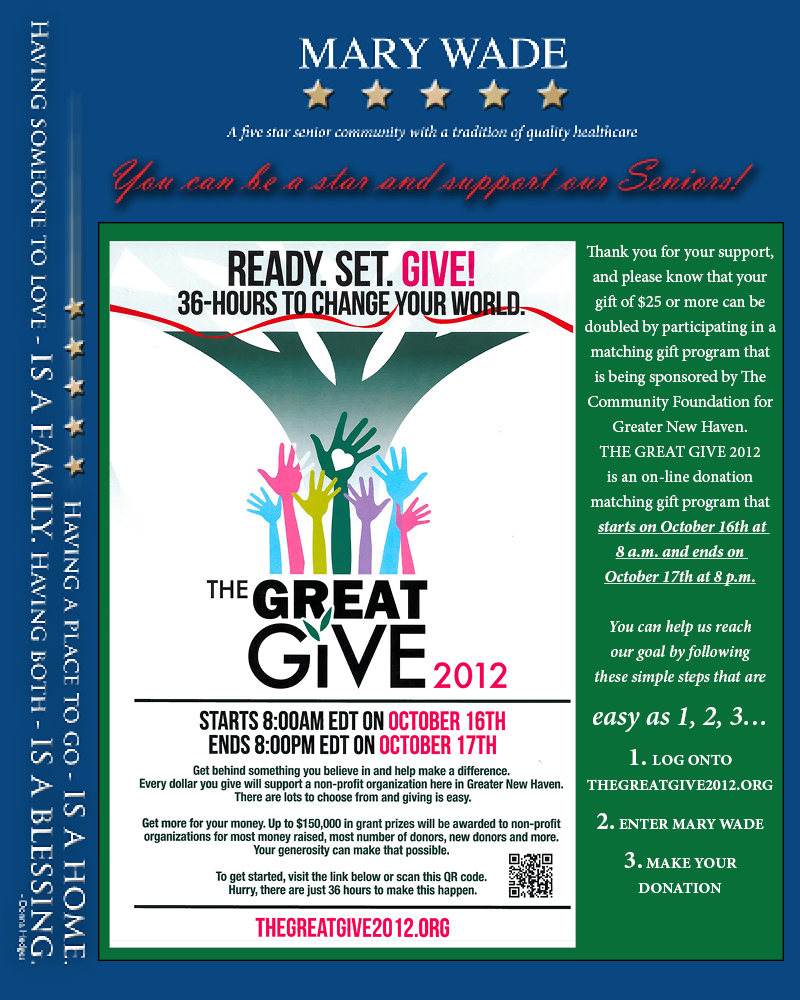 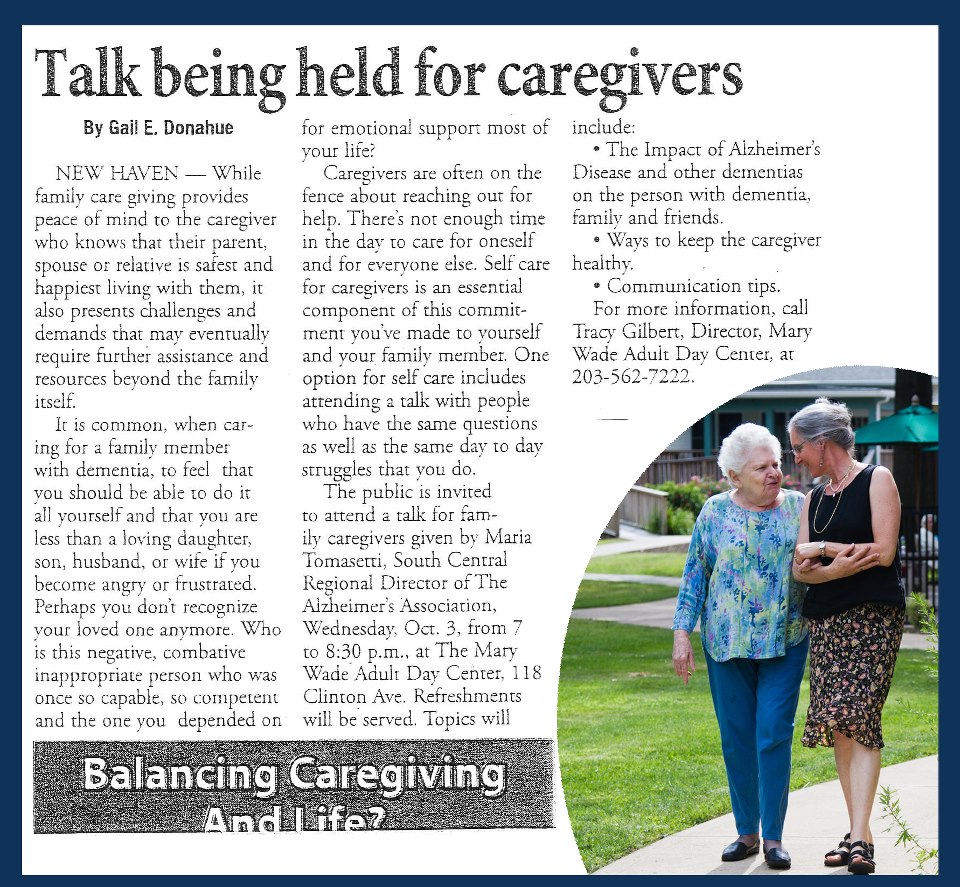 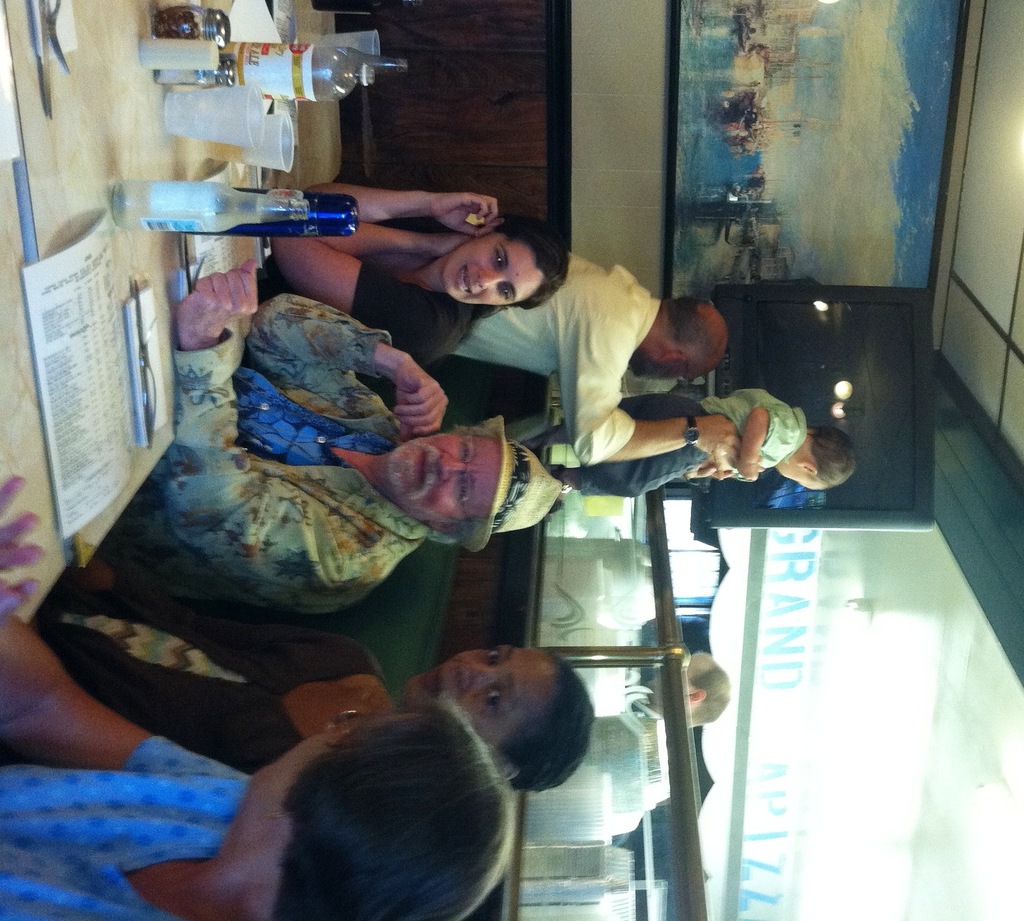 Everyone was Engaged, at Grand Appiza during Community Dining Out!

A group of residents is interested in addressing the issue of dirt bikes and other off-road vehicles being used illegally on our streets, sidewalks, and parks. No…

Mary Coiro, a life long resident of Fair Haven, and member of a large Coiro Family who were born and raised in Fair Haven, passed away quietly on Friday, March 16, 2012, here at Mary Wade.  The Funeral Mass for Mary took place today, at St. Francis Church on Ferry Street.   Mary and her sister Julie played a significant role in the Fair Haven Community, mainly by "Being There" and supporting community interests and acitivities.

They will be missed.

Newly renovated apartment is available for rent, located at 119 Atwater Street(corner of Grafton).  This is a two bedroom, second floor apartment that has been freshly renovated, including new energy saving windows, all new appliances, new floors and is energy safe.  For more information, please call Minerva at 203.547.0078.

http://www.wtnh.com/generic/ct_style/community/marry-wadeMary Wade's Wine Dinner is coming up(April 30th) as you can see with this clip on the event with Thomas Matthews(Wine Spectator Magazine), Christina Ciociola(Board Member) and News 8's Teresa LaBarbera.

An apartment is available for rent at 113 Atwater Street, first floor/one bedroom.  Please call Minerva at MWH Holdings, Co. at 203.848.1418 if interested.

If you are considering making a contribution before the year ends, please consider a donation to 144 year old Mary Wade through the attached link.  Your contribution of $50 or more could result in an additional $5,000 cash contribution.  Thank you to those who have already made the contribution. https://givegreater-challenge.s3.amazonaws.com/npo1052756.html

Do you know a senior who will be alone for Christmas?

Mary Wade will be offering a Christmas Dinner for seniors living in the community on Christmas Day.  Dinner will be served at 12:00PM in the Boardman Residence of the Mary Wade…

Mary Wade was the recipient of the 2010 Mayor's Grant, which sponsored an intergenerational multi-media arts program. Pictured are the three top prize winners from New Haven Schools, Mayor DeStefano and David Hunter.